Disk Access II™ is a New Desk Accessory (NDA) that lets you perform disk “housekeeping” tasks from within the program you are using instead of waiting until you quit to the Finder. It also includes many useful features the Finder doesn’t have, such as the ability to change file/auxtypes.

Disk Access II™ supports the !Help! NDA for its own built in Help system. 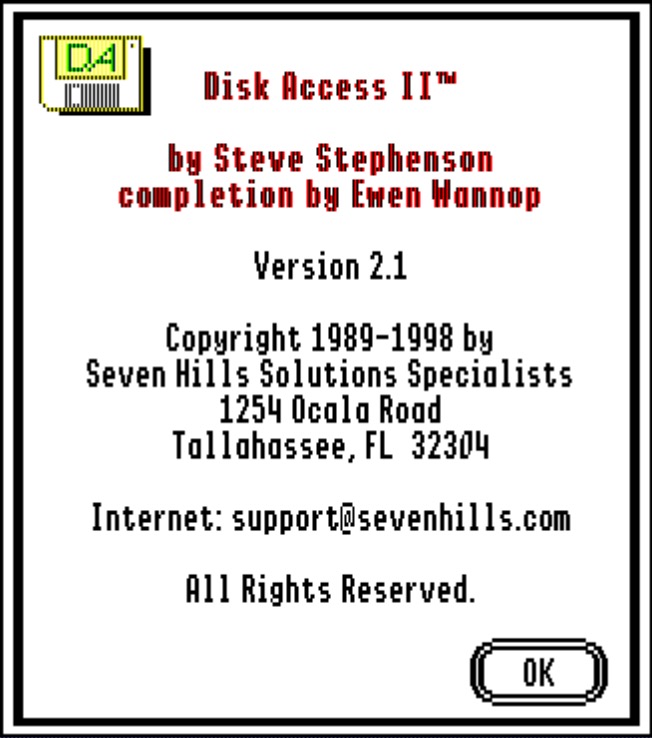 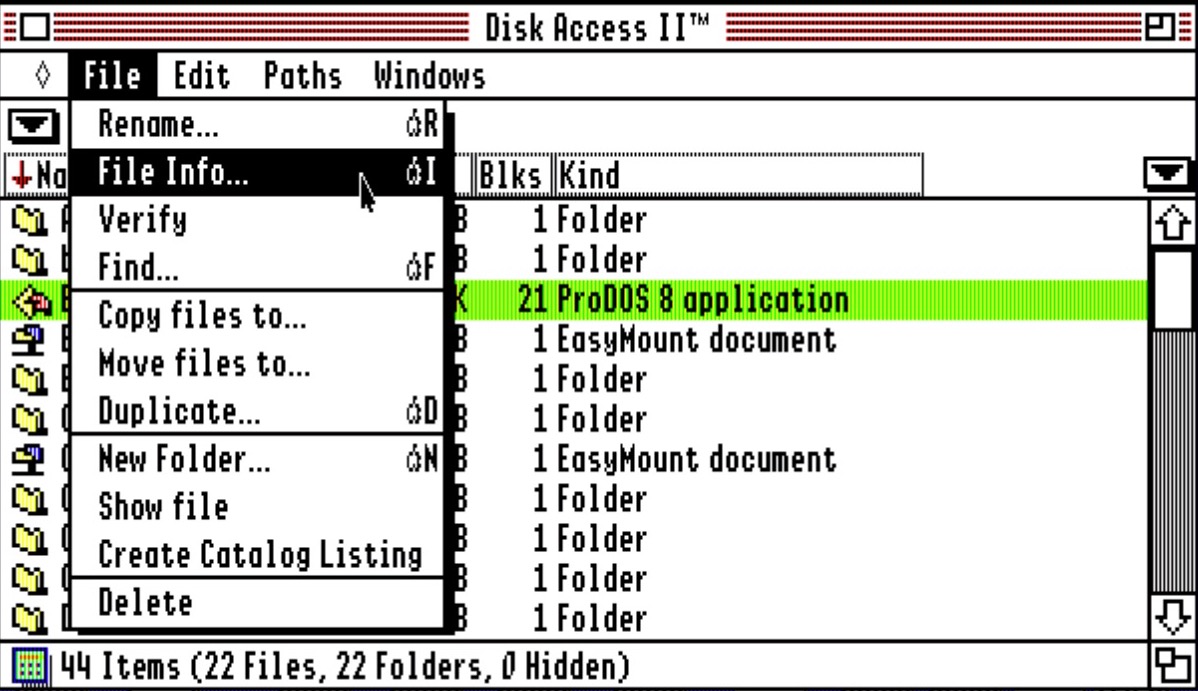 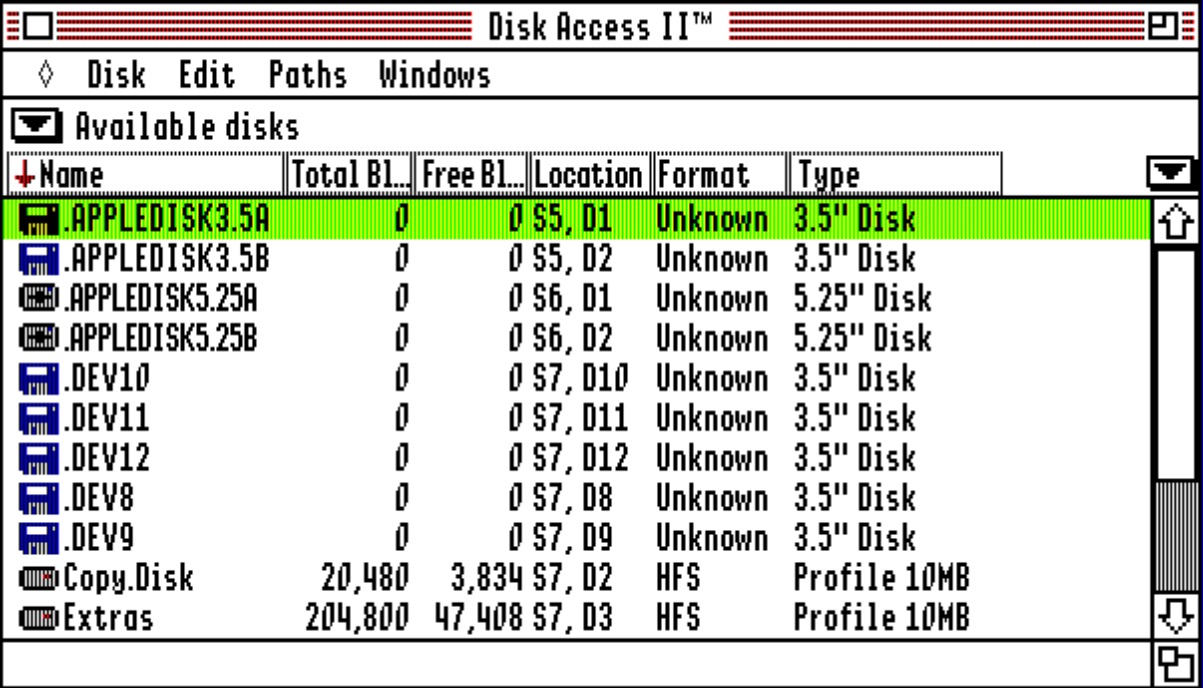