MarkdownGS is a translator module for Babelfish by Seven Hills Systems that converts markdown text formats to other Babelfish supported formats.

Markdown is a light-weight markup language for creating formatted text using a plain text-editor.
Babelfish is an NDA (New Desk Accessory) for the the Apple IIgs System 6+ which allows the conversion from one compatible file format to another (text->text, graphic->graphic, etc). MarkdownGS acts as both an import translator as well as an export translator, so it is now possible to edit files on you Apple IIGS and display them on other computers as they were meant to be seen. 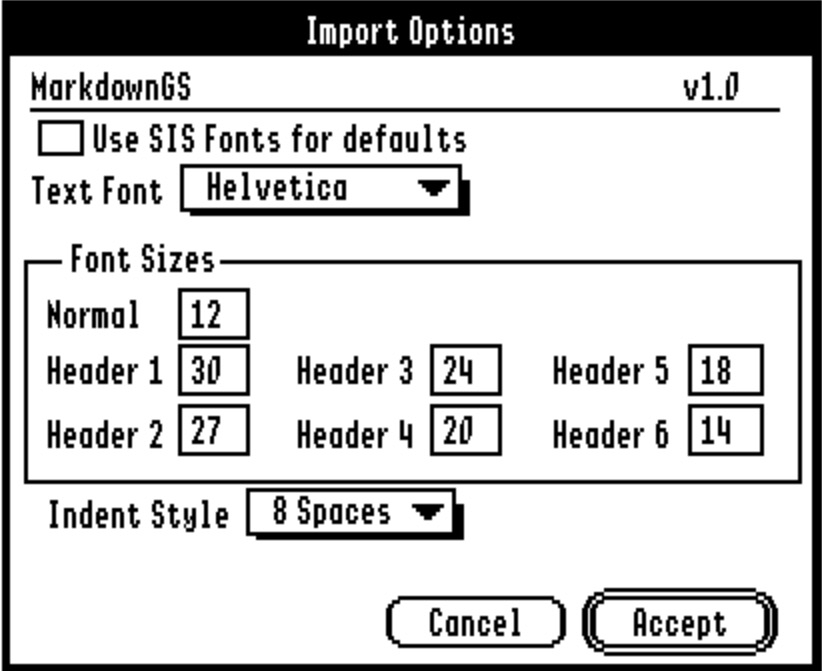 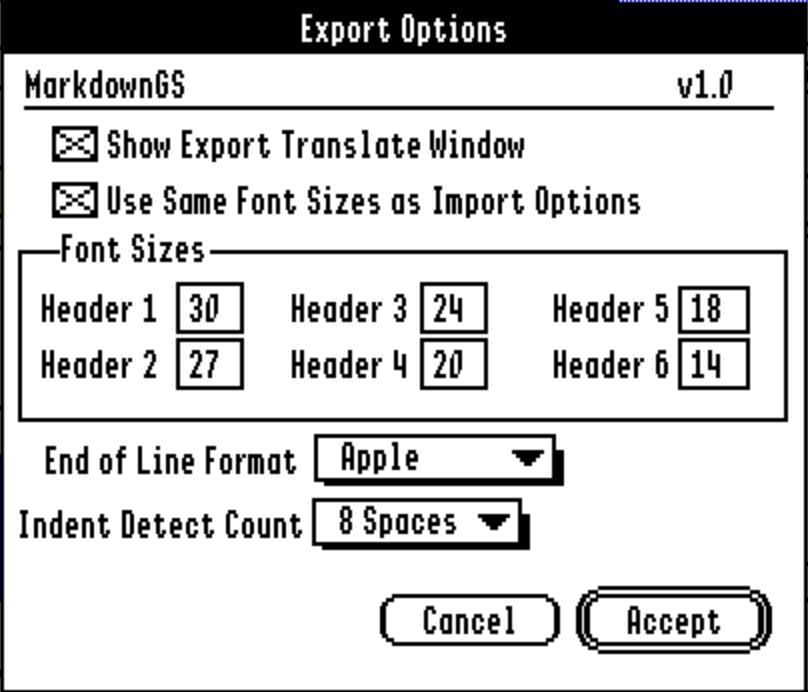 If you don’t already have Babelfish installed, click the link above to get a copy.